Immerse yourself in a world of fairy tales and fantasy with a Munich Private Day Trip. You'll Discover Salzburg, travel to Rothenburg or climb up to the Eagle's Nest. You choose! 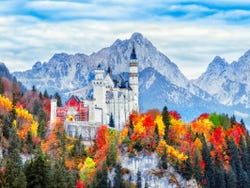 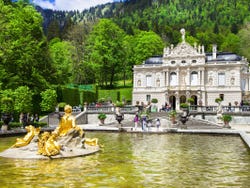 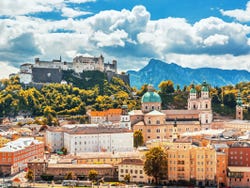 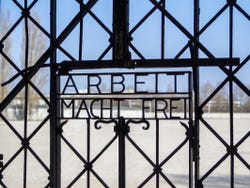 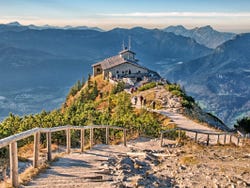 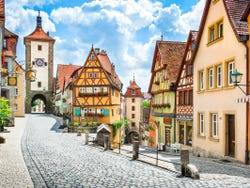 If you have several days in Munich and would like to explore the surrounding area with a guide at your disposal, you can book one of our private tours. These tours last between 5 and 11 hours, including hotel pick up at 9 am, private vehicle transport and an English speaking guide. For the Dachau trip, transport will be by train.

Below, you can see the details of each:

Once upon a time, in a small alpine village in southern Germany, a rather peculiar king, Ludwig II, decided to build a castle inspired by the Middle Ages. Neuschwanstein Castle was built neither for military defence nor for strategy. So what was the reason that earned the monarch the name "Mad King"? On this tour, you'll also see Linderhof Palace, built by the king himself. Although at first sight, it seems less spectacular than the previous one, it has incredible rococo interiors designed in great detail.

The itinerary we'll follow will be similar to that of the Neuschwanstein Castle and Linderhof Palace Tour.

Dachau was the first concentration camp created by the Nazis and its historical importance is incalculable. You'll relive this harsh period of the past with a comprehensive tour of its barracks and you'll be able to pay tribute to the 200,000 prisoners who passed through it.

The itinerary will be similar to that of the Dachau concentration camp tour.

The Dachau tour isn't suitable for children under the age of 14.

Mozart, the Von Trapp family, the cultural effervescence of its historical centre or the romanticism of its streets are just some of the reasons why you'll love Salzburg. On this tour through the "Rome of the North", we'll visit beautiful places such as the Mirabell Gardens or the Salzburg Cathedral.

Our tour will follow a very similar itinerary to the Salzburg tour.

Known as an obligatory stop on the famous Bavarian Romantic Road, Rothenburg is one of the best preserved medieval towns in Europe. In this bucolic town, whose name means "red fortress", we'll walk through the old town and admire its beautiful 14th century city walls.

With this excursion, we'll discover the village of Berchtesgaden, located in the heart of the Bavarian Alps and surrounded by lush nature. There we'll visit one of Adolf Hitler's most famous refuges: the Eagle's Nest. It's a beautiful house built on top of the Kehlstein, at an altitude of 1834 metres, with breathtaking views. Did you know that it was a gift from the Nazi Party to the Führer for his 50th birthday?

Advantages of a private tour

By booking a private tour, you'll receive a much more personalised service. In addition, you can take the tour on any day of the week and modify the itinerary to your liking.

This is a private tour organized for you and your partner, friends or family.

Please check local restrictions before traveling. All of our services comply with recommendations to avoid the spread of Covid-19. Show more

It is mandatory to present a complete vaccination certificate. This information is for guidance only and may change depending on local regulations. Always check the restrictions before travelling.

Hotel pick up and return transfer (except the Dachau tour).

Transport by private vehicle (except the Dachau tour).

Private and exclusive tour, there won't be more people in your group.

Train tickets between Munich and Dachau: from € 4 (US$ 4.50) per person and journey.

You can book up until 10 hours before the activity as long as there are still places. Book now to guarantee your spot.

Per group from
US$ 226.30
No hidden fees or surcharges
Free cancellation up to 7 days before
Book

Free! Free cancellation up to 7 days before the day of the activity. If you cancel under this time or do not show up, you will not be refunded.

9 / 10 98 reviews
Pass through Munich's many sights, and immerse yourself in German culture and history, discovering all the best points of the Bavarian capital on this free tour.
Free!
Book
like

8.50 / 10 12 reviews
Discover the stories, fables and legends hidden behind the walls of the Mad King's Palace on this tour to Neuschwanstein Castle from Munich.
US$ 66.70
Book
like

8.30 / 10 19 reviews
Although visiting a concentration camp would perhaps not be considered 'pleasurable', its historic importance is beyond doubt an unmissable visit when in Munich.
US$ 39.60
Book