Take a trip to the Neuschwanstein Castle in the Bavarian Alps and discover the fables and legends hidden in the spectacular fortress which inspired Walt Disney to create his own fairytale castles. 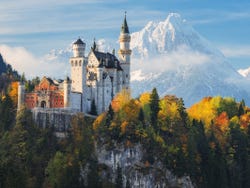 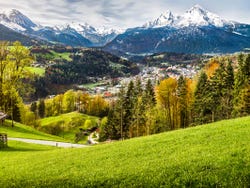 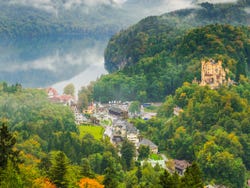 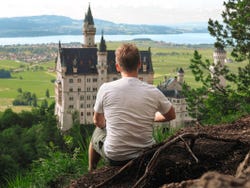 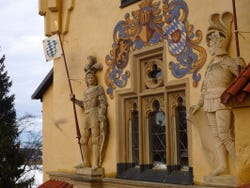 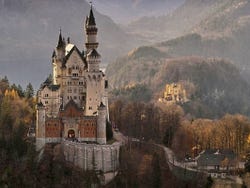 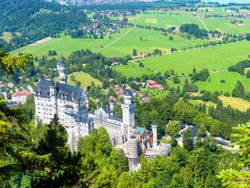 The tour meets at 9 am in the Munich Hauptbahnhof station, where we'll hop on a bus and set off for Hohenschwangau.

Two and a half hours later we'll arrive at our destination: a mountain town where King Ludwig II grew up, the man who ordered the construction of the Neuschwanstein Castle, "Schloss Neuschwanstein" in German.  Here we'll begin the climb to the castle, found at the end of a winding road leading you to the top of a hill, each step a trip back in time.

As we get close, the silhouette of the fairytale castle will slowly come into focus between the trees, and we'll head straight to either a viewpoint to get some fantastic panoramic views of the castle.

During the tour, we'll discover the secrets of a building which inspired Walt Disney to design sleeping beauty's castle. Passing through the halls, we'll discover the fables and anecdotes of one of the most magical buildings in Europe, including the story of Ludwig II, the 'Mad King' whose fascination with fantasy castles almost brought him to ruin.

Having enjoyed some free time in the Neuschwanstein castle we'll head to Füssen. During the summer months, we'll visit this place by going down the Pollack gorge. After a guided tour of approximately 45 minutes around this town, you'll have one hour of free time to get some lunch.

You can book up until the same day (5:00 am) if there are still places available. Book now to guarantee your spot.

US$ 66.50
Free cancellation up to 6 hours before the service starts
Book

I travelled with my partner
10

I travelled with friends
10

I travelled with teenagers
Show all the reviews
like Free

8.90 / 10 11 reviews
Although visiting a concentration camp would perhaps not be considered 'pleasurable', its historic importance is beyond doubt: an unmissable visit when in Munich.
US$ 38.70
Book
like

10 / 10 1 review
Discover Munich's history from the late medieval period to its infamous political past, and explore important locations on this Munich walking tour.
US$ 19.40
Book