With a height of 291 metres (955 feet), the Olympic Tower is Munich's tallest building and one of its most emblematic structures and attractions, welcoming thousands of tourists daily.

As well as an observation deck, which offers bird's eye views over the Olympic Park and the city skyline from afar, the Olympiaturm has a revolving restaurant where diners can enjoy their meal alongside panoramic vistas of the surrounding area.

The Olympiaturm is located outside of the city centre, so its observation deck is ideal for views over the Olympic Park rather than of Munich itself. If you're looking for a bird's eye view of the historic centre, we recommend the St Peter's Church or New Town Hall towers instead.

The Olympic Tower is worth a visit if you're in the area to see nearby attractions like the BMW complex or Munich's Sea Life Centre. 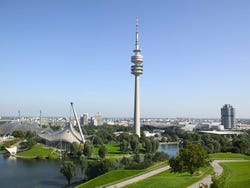 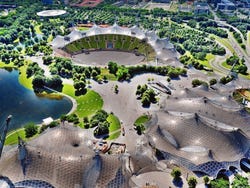 North of Munich, in the Olympic Park.

Daily from 9 am to midnight.

Showing your ticket to any of the following attractions gives a discount of €1 for adults and 50 cents for children: Olympic Park tour, the park train, SEA LIFE, BMW Welt and BMW Museum.