Popularly known as Stachus after a historic pub that was located there (top tip: even the U-Bahn and S-Bahn use the unofficial name!), Karlsplatz is one of Munich's large city squares and home to a number of monuments. Built in the 18th century after the Medieval walls were demolished, the only part of the fortifications that remain is the Karlstor, one of the old city gates.

Karlsplatz at a glance

The ever-lively Karlsplatz is a popular meeting point, joined to the historic Marienplatz by one of the city's most important shopping streets, Neuhauserstrasse.

Visit Karlsplatz for the following monuments and landmarks: 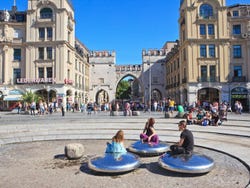 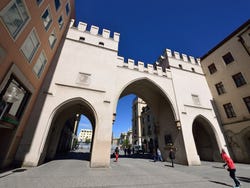 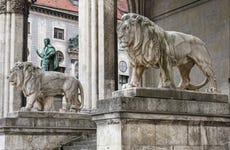