Spend a full day exploring Bavaria's second largest city. Learn all about Nuremberg's long and complex history and fall in love with picturesque views of traditional German wooden houses on the banks of the Pegnitz River. 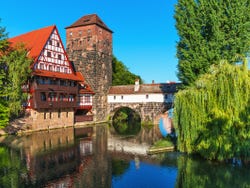 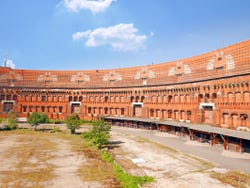 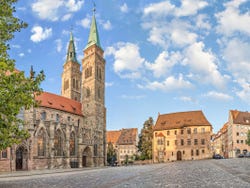 After meeting in Munich, you'll set off on your comfortable express train journey, which takes less than two hours to reach Nuremberg. Here you'll start your guided tour of the city's historic centre, where you'll hear all about the city's past: not only important in Nazi Germany, Nuremberg was a cultural centre under the German Empire and has many more stories to tell.

Wander through the charming Altstadt, or Old Town, which is divided in two by the Pegnitz River. Amongst its historical architecture, you'll get to admire the Imperial Castle from which German Emperors ruled, the spectacular Gothic churches home to important German works of art, and the lively markets which have taken place for almost 700 years. You'll have free time in Nuremberg to explore its picturesque sights at your own pace and have lunch (not included), and if you happen to visit during December, you'll see the city's famous Christmas market!

The tour will also take you to see the many reminders of the Nazi era, making a visit to the Nazi Party Rally Grounds, the largest Third Reich building left in the world, where your guide will reveal the details of the 20th century's most famous judicial proceedings, known as the Nuremberg Trials, most notable for their prosecution of those responsible for the Nazi crimes of World War II.

Having finished your tour, you'll head back to Munich, where you'll arrive back after approximately ten hours.

In order to take part on this tour, a complete COVID-19 vaccination certificate, a document stating that you have overcome the disease or a negative antigen or PCR test performed in the last 48 hours prior to the tour is required.

US$ 64.60
No hidden fees or surcharges
Free cancellation up to 24 hours before the service starts
Book

8.60 / 10 16 reviews
Although visiting a concentration camp would perhaps not be considered 'pleasurable', its historic importance is beyond doubt an unmissable visit when in Munich.
US$ 37.50
Book
like

8 / 10 3 reviews
Discover Munich's history from the late medieval period to its infamous political past, and explore important locations on this Munich walking tour.
US$ 18.80
Book