Discover the secrets of the capital of beer on this guided tour, where you will learn about the history of 'liquid bread' and enjoy a tasting menu of typical Bavarian beers in a traditional Munich beer hall. 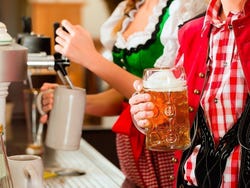 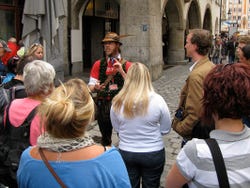 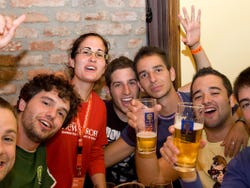 Having met the tour at the Munich central station, we will begin a fun pass through the history of Beer, where we will get to know what was the influence on the history of Munich. Known by many as the world capital of beer, this city is riddled with biergärten (traditional German taverns).

The brewing tradition in Munich goes back to 1546 when they began to brew wheat beers. We will look at the differences between Helles, Bock and Dunkles, three of the most prestigious brands in the country. As well as this, the tour passes over the origins of Oktoberfest, the beer festival par excellence.

The tour enters into various traditional beer halls and will continue to investigate about the production processes of this famous drink, trying a tasting menu of three beers accompanied by a pretzel, the salty bread loops typical from the region. By the end of the tour, you will be real beer experts!

The activity takes place with a guide that speaks in English, although it may occasionally be done in two languages.

You can book up until the previous day (11:59 pm) if there are still places available. Book now to guarantee your spot.

US$ 28.10
No hidden fees or surcharges
Free cancellation up to 6 hours before the service starts
Book

I travelled with my partner
10

I travelled by myself
8

I travelled by myself
Show all the reviews
like

8.60 / 10 16 reviews
Although visiting a concentration camp would perhaps not be considered 'pleasurable', its historic importance is beyond doubt an unmissable visit when in Munich.
US$ 37.50
Book
like

8 / 10 3 reviews
Discover Munich's history from the late medieval period to its infamous political past, and explore important locations on this Munich walking tour.
US$ 18.80
Book